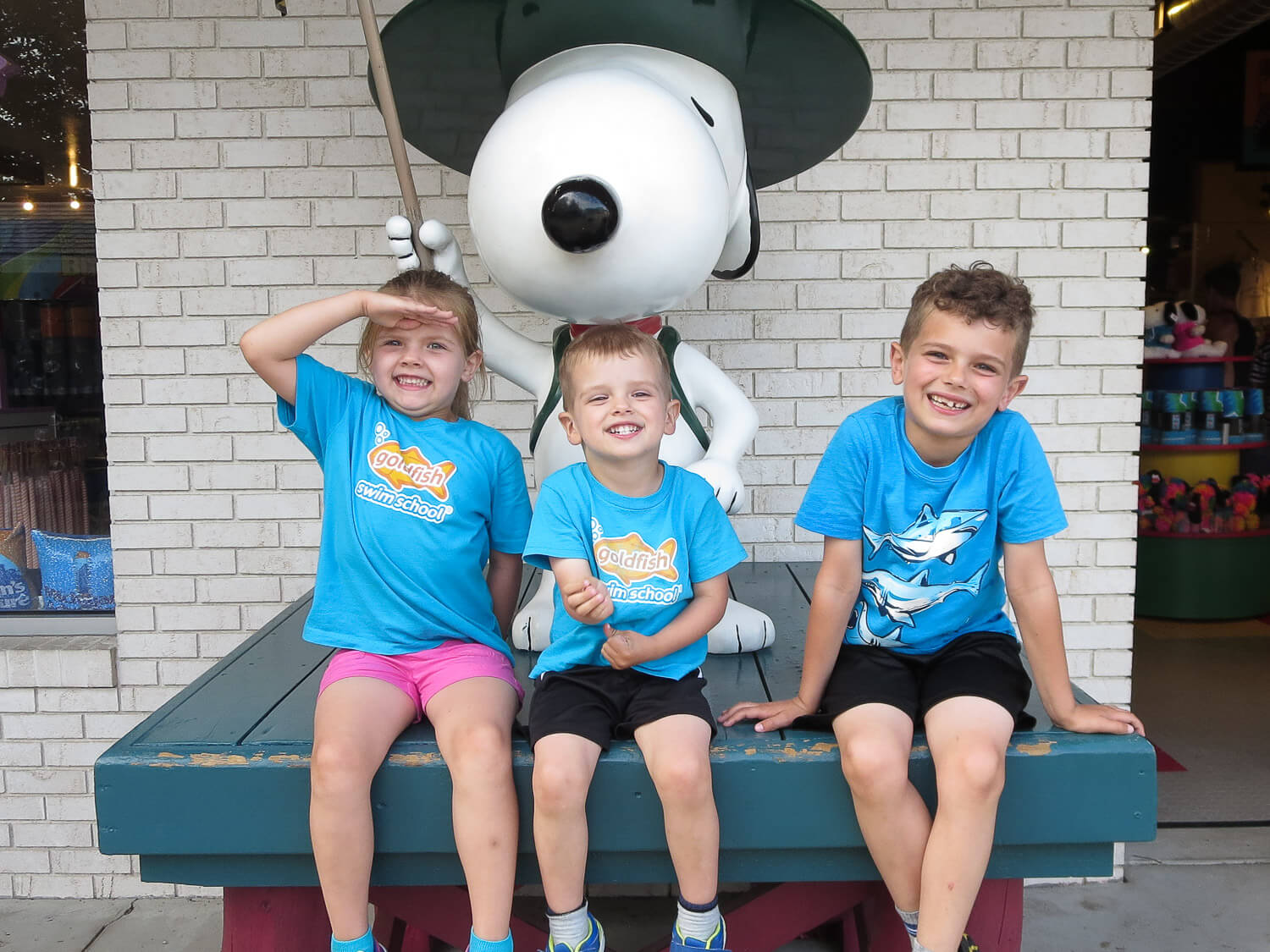 Michigan’s Adventure is Michigan’s largest themed amusement and water park. Their big marketing point is that it’s two parks for the price of one. Luckily for all of us, they are both family friendly! Most people rave about the water park, but I actually prefer the amusement park. I’ll give you favorites for both.

I love the amusement park because it’s rarely busy. My kids are young, so we stick to the kiddie rides. Most families are there for the big rollercoasters or the water park, which leaves the younger kid rides pretty empty. Since my kids aren’t fans of waiting in long lines (who is??), it’s a huge perk to be able to just get off one ride and right onto another one.

There are also a ton of rides available to the 36″ tall riders, which is not the case at many other amusement parks we have been too. My 3 year old was able to go on pretty much everything my older ones wanted to. That made it so much easier to stick together and keep everyone happy. They are also opening a new “Camp Snoopy” area that will have even more kid friendly rides.

Our favorite ride at Michigan’s Adventure is Loggers Run. It’s your typical water log ride. It’s the favorite because we can all enjoy it together. Kids as small as 36″ can ride with an adult, and there’s enough thrill to make it enjoyable for bigger kids and adults alike. It definitely beats standing at the fence watching the kids ride motorcycles in circles. It’s also a Photo Pass ride so you can capture all the hilarious faces of your family going down the big hill. (more on the Photo Pass below)

The water park area is very large and also provides many options for younger kids. There is a zero entry splash zone for the youngest kids with some small slides. Then another section has slightly bigger slides and a big structure with slides and a bucket dumper. That area also has a kid-friendly wave pool. The biggest part of the water park has the adult size wave pool and all the thrill water slides around the perimeter. There’s so much to do you can definitely spend an entire day just in the water park.

My kids did love the few hours we spent at the water park. And we will probably go back again next year. My main issue with this area is that because it’s so big, it’s hard to keep track of everyone and keep everyone happy if you have more kids than adults. My 3 year old wanted to ride the smallest slides, my 5 year old wanted to be on the climbing structure with bigger slides, and the 7 year old only wanted to do the wave pool. There wasn’t one ride or area where we could all happily be together. And they are too young to go off alone, especially with the dangers of water everywhere. However, I hear from parents with older kids, that they absolutely love the layout of the bigger slides. They can sit in the middle of the water park while their kids go to rides and come back.

A few things to know about Michigan’s Adventure water park. First, they do provide life jackets if needed. Second, the water park opens an hour later than the amusement park and closes an hour earlier. And third, get there early if you want to find seating, especially shaded seating. Also, there are restrooms and changing areas at the entrance to the water park. Though I wish they had more bathrooms, or at least changing rooms, scattered throughout the whole park. It’s an inconvenient trek to the main bathrooms from the kids area if someone suddenly has to use it. And there is a mass mob that has to head to the same building at closing time.

As mentioned above, Michigan’s Adventure utilizes a Photo Pass program for some of its rides. You get a card to scan at the end of each ride that links your photos to an online account. Then you can download all your digital photos later. It’s not very cheap (because nothing is at amusement parks) or the best quality, but the photos are ones that you can’t capture yourself while on the ride. The first time we visited, the Photo Pass was completely worth the cost to get the bravery progression of my son as he rode the Logger’s Run 25+ times. His photos went from crying on the first ride to riding alone with his hands in the air on his last. He is very proud of those photos. Note: the Photo Pass is only utilized on select rides, and most of them are the bigger roller coasters. So you may want to decide if you’ll even be going on those rides to determine if the Photo Pass is worth it for your family. If you do decide to get the Photo Pass, buy it online with your tickets because it’s slightly cheaper if pre-purchased.

Let’s talk about food. Since you can’t bring your own in, you’ll most likely be eating in the park. It’s also not cheap or the best quality, but everyone has to eat. My best budget friendly tip here is to get pizza. It’s generally the cheapest option per person. My family gets a large pepperoni pizza from Wagon Wheel pizza and it feeds 5 of us for about $30. They do offer all day dining plans and single meal deals as well. We just don’t eat enough full meals there to make it worth the cost.

The all day drink cup, is worth the cost though. For under $15 you can get a souvenir cup to refill for free all day every 15 minutes. If you’re going to drink pop or Powerade or lemonade, this is the way to go as drinks are over $5 each. If you’re just drinking water, you can get cups of water for free at any drink station, or bring in you own water bottles to refill. My family’s general food plan is to pack a picnic lunch to eat in the car before the park opens. Then we eat pizza around 3:00 and stop for fast food on the way home after closing.

As a general parting tip, I’d suggest bringing a wagon if you often find yourself as a pack mule. It can be used to carry tired kids at the end of a long day, but mostly it just holds ALL the stuff- drink cups, hats, sunscreen, towels, bathing suits/dry clothes, etc. If your kids aren’t old enough to carry their own items in a backpack, definitely bring something wheeled with a lot of storage.

CLICK HERE to see other favorite family activities in the Grand Rapids area.